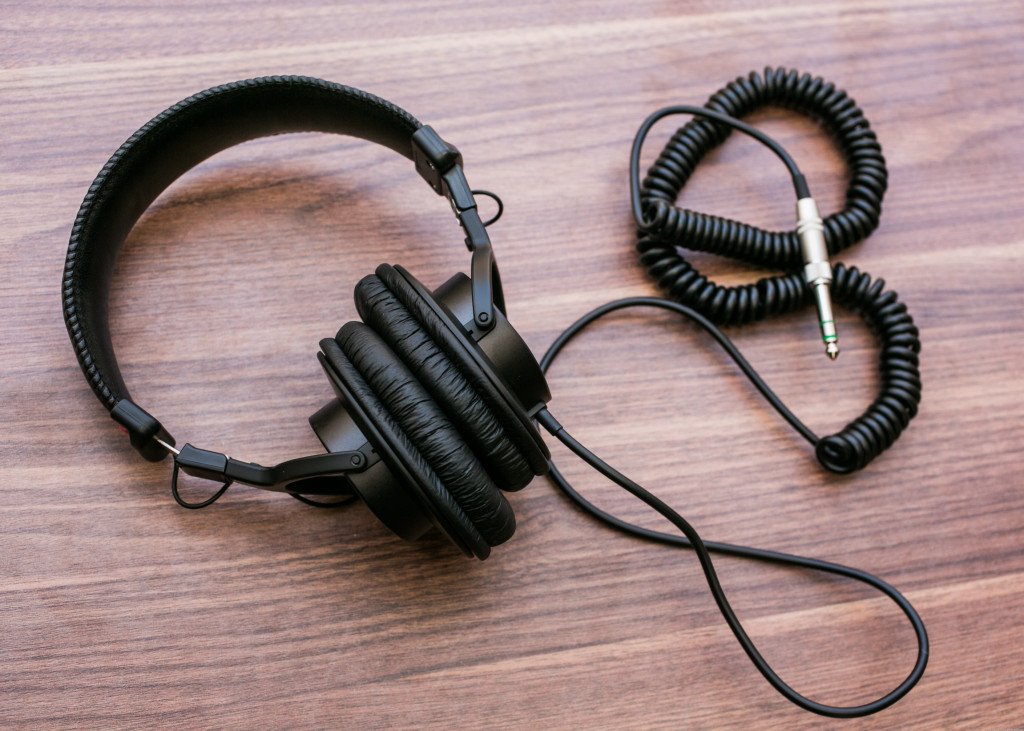 I love my V6 and 7506 headphones, but the long cord can get in the way, even the coiled version. For interviews, it doesn’t really matter, because mostly you’re just standing behind a camera and the cord dangles below.

But if you want to wear these headphones while shooting handheld, monopod, or just moving around in general, you’ll either need to tie the excess cable to itself, or stuff some of the long cable in your pocket. (Or attempt a DIY maneuver like soldering a removeable cable plug-in).

But today I learned a neat trick to shorten the coiled cable to a manageable size, while still allowing the coil to stretch, with no difficult hacks.

Watch this youtube video for directions. It doesn’t actually show how, but you can figure it out from listening to the directions.

And if the big coil now gets in the way of your forearm when it’s plugged into a laptop, you can just keep the cord out of the way like so: 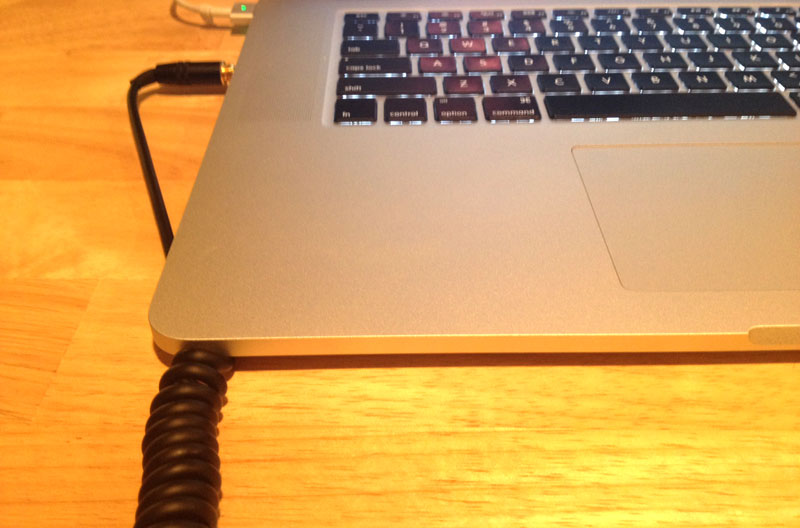