Behind INDIE ALASKA: The Movie Maven

When Travis and I landed in Juneau, we had a few ideas for Indie Alaska episodes, but we also wanted to get input from the town locals before committing to our entire schedule. So when we asked our friends and colleagues at KTOO for ideas, they all said, “You have to do an episode on Collette Costa.”

Then we asked other folks in town, and they all said, “Collette Costa.” Apparently, Collette is ingrained in just about every part of Juneau’s art and culture scene. So when we went out looking for her, we found her almost instantly. 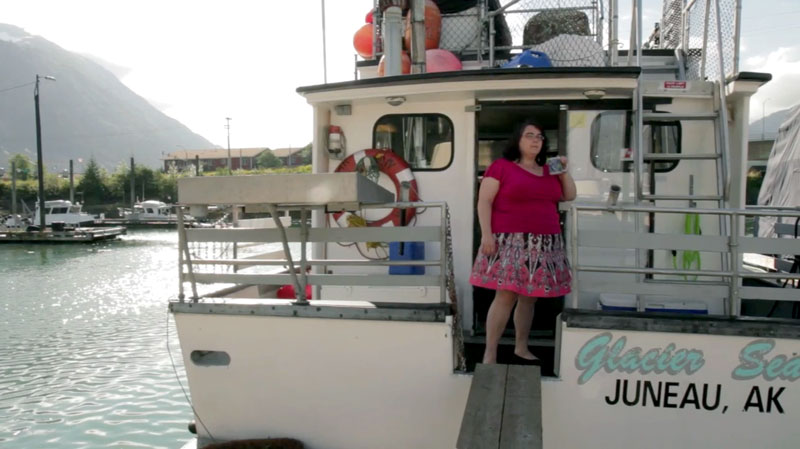 Honestly, the hardest part of this episode was honing in on one aspect of Collette that we could focus on. When we started the series, we settled on the “I Am A _____” title scheme, to help us better define the person and his/her distinctiveness before going in on any episode.

With Collette, we brainstormed a hundred descriptions for who she is and what she does, and they all fit. My first radio edit focused on all these aspects of her, and I was thinking something along the lines of “I Am A Renaissance Woman.”

But when I showed John Norris a rough edit, he suggested I narrow the story, partly because I didn’t have B-roll of all of these other things Collette does, like her theatrical performances, her music, her MC and radio duties, her life and work on the boat, and her early years in Alaska in the SE town of Pelican. 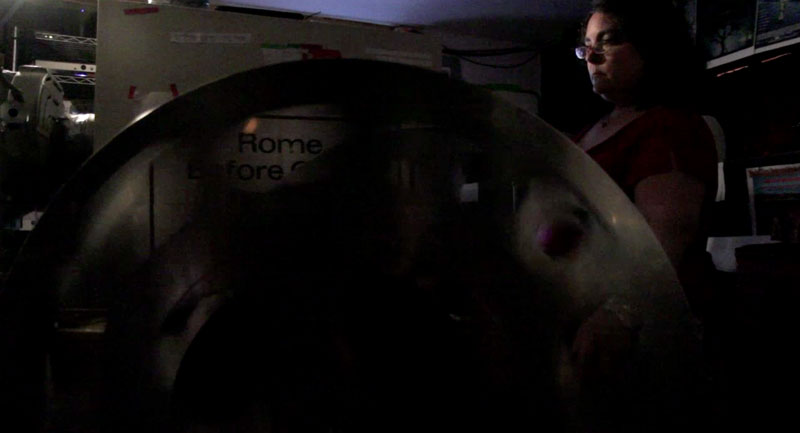 After I narrowed the focus, the rest of the edit process became a breeze. With both Travis and I shooting B-roll, we had about 10x more footage than we needed, in the theater and on her boat, as well as out in the community as she walked to choir practice. It’s a little time consuming to go through and log all the video, especially knowing I won’t use most of it. But, when it comes down to putting the story together, having all the usable shots ready to go is so important to staying in the “story zone.”

So, what do you think of the episode? I just figured out how to eliminate the comment moderation barrier on this blog, so no holds barred, folks!