The Making of an Indiegogo Campaign Video

Last month, I had the privilege of helping my friend Cara Fairbanks with her Indiegogo campaign video for WhiteWater Wellness. If you haven’t already, take a moment to check out (and support!) this awesome project: http://www.indiegogo.com/projects/whitewater-wellness-well-engaged-well-connected-well-being 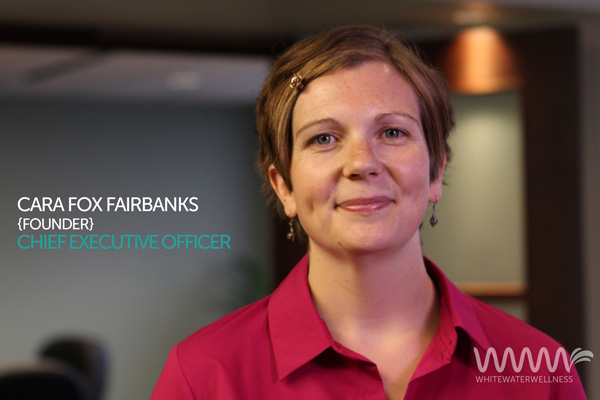 When shooting a documentary, I would usually shoot a lot of B-roll, conduct an extensive interview, and then go back and try to distill hours of footage into a short, compelling video story.

But with a short campaign pitch video, every word and shot is pretty much planned out in advance. Cara and I scripted the pitch, and then in a Google Doc, we laid out the visuals.

Our goal was to do everything within short proximity to the office we were lucky enough to loan, with two friends as models, and to do it all under 4 hours of shooting.

On the day of the shoot, Anchorage was raining heavily for days before and after. Luckily we had about an hour window of rainless, cloudy skies (perfect for shooting). I arranged all the visuals from the script (right column) into Interior shots first, Exterior shots second, and organized by model in case they arrived or left at different times. 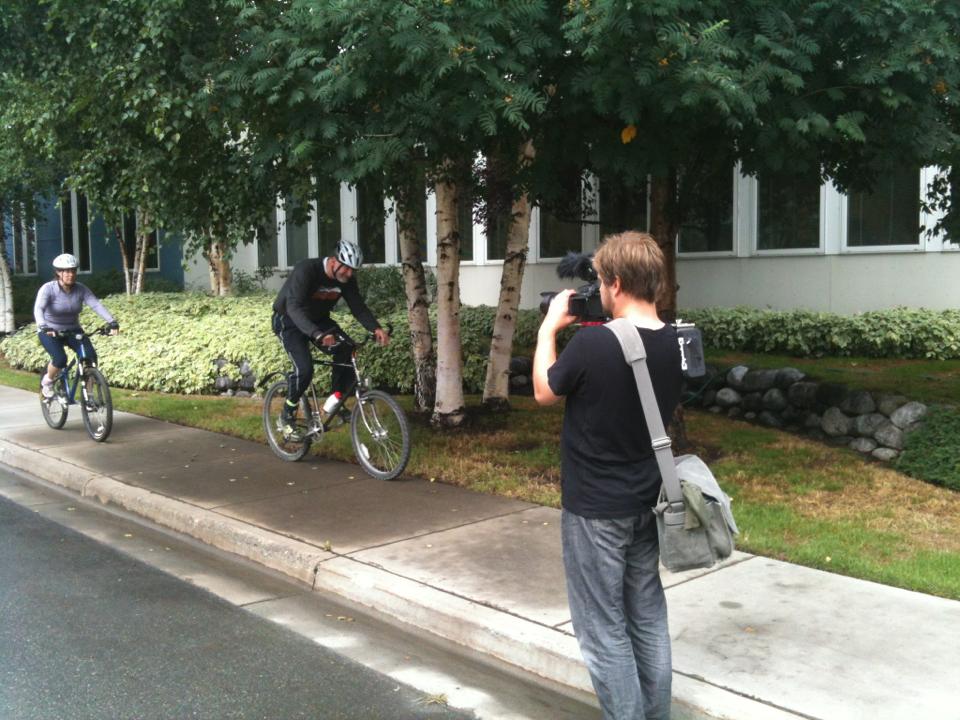 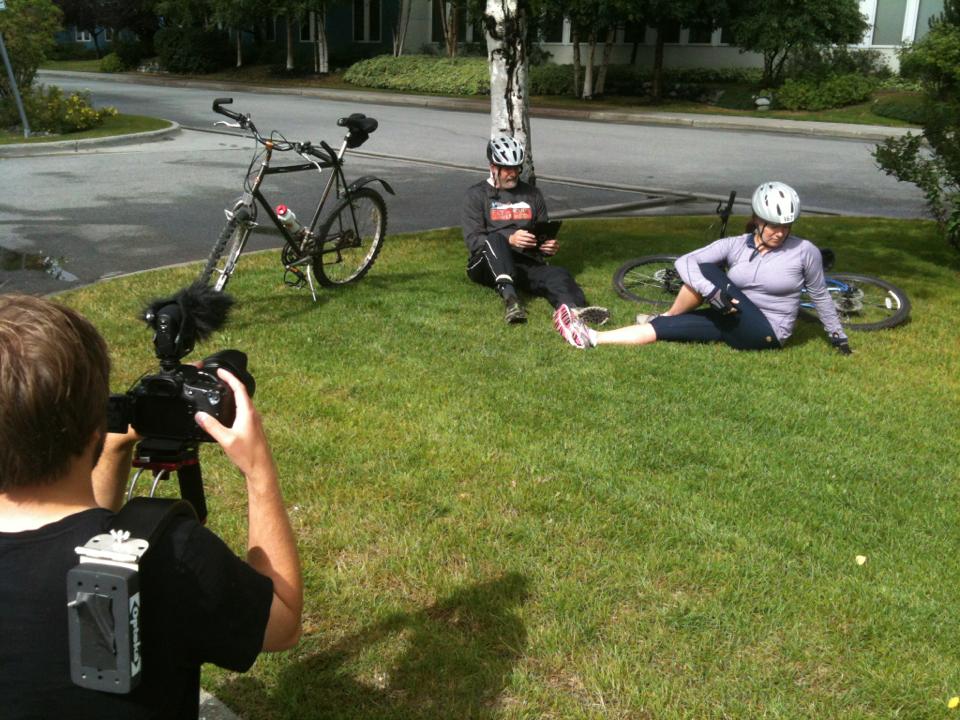 After all the B-roll was complete, we setup for the pitch in a hallway where there was a lot of depth behind the subject. After we recorded the friends/models voicing the WhiteWater Wellness mission statements, we moved on to Cara’s pitch.

In addition to the main camera, I had a second camera on a little Goby Gorrilapod, for a cutaway shot (and for additional audio, if something happened to the primary lav audio). 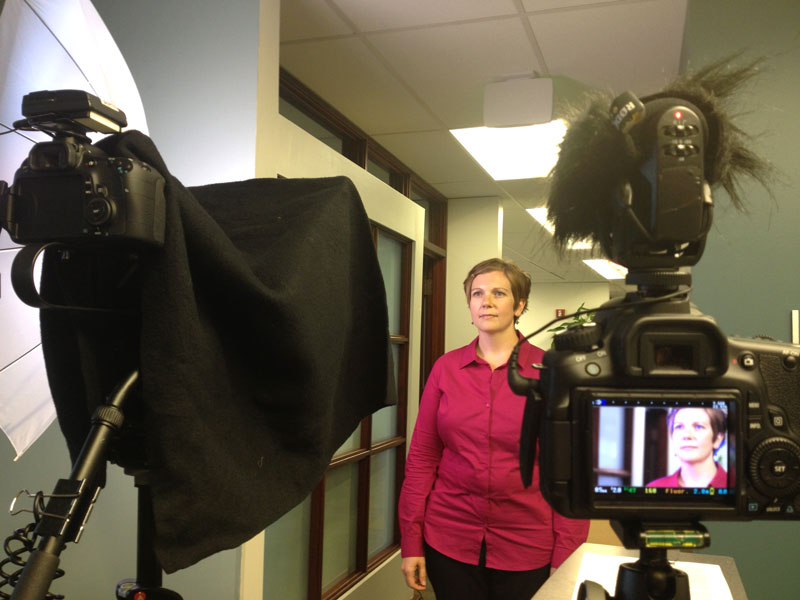 After syncing everything into FCPX multicam files, the editing process began (and several re-edits, shortening the video each time). Believe it or not, one of the hardest parts of a campaign pitch video is finding the right music, especially if you’re trying to avoid spending hundreds of dollars (or more) for commercial rights. One day I’ll do a long post about places for music, but first I gotta ask other video shooters where they get their tracks.

The “screenshots” of the Indiegogo webpage in the video had to be made before the campaign went live, so after some help with Photoshop, I recorded a video screencast of checking out the mockup website. I know there are other apps out there, but if you have a Mac you can make a screencast with the Quicktime Player under File -> New Screen Recording.

And finally, the last two shots use a little bit of trickery to achieve that ACS ad look – you know, little miniature people and cars where everything else is blurred out. You can do this with Crumplepop’s ShrinkRay plugin in FCPX, and then speed up the video so the cars move like little miniature toys. 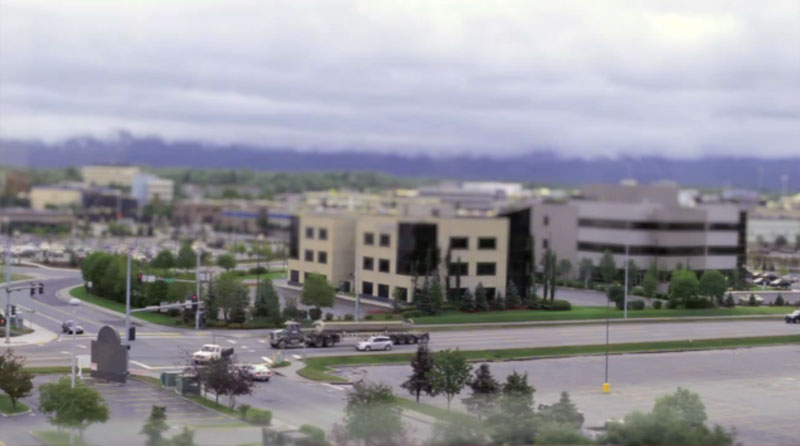 I hope you enjoyed this behind the scenes look at an Indiegogo pitch video. Please go to the WhiteWater Wellness Indiegogo page and read more about the project!