Behind INDIE ALASKA: Pelmeni in Juneau

My partner in crime Travis Gilmour and I went down to Juneau last weekend to shoot a few Indie Alaska episodes, in addition to other video projects. In the madness of 3 days of shooting, we pretty much only had time for late night eating, which in Juneau means the Pel’meni place.

Naturally, we made an Indie Alaska out of it. Where else can you shoot a video at midnight? 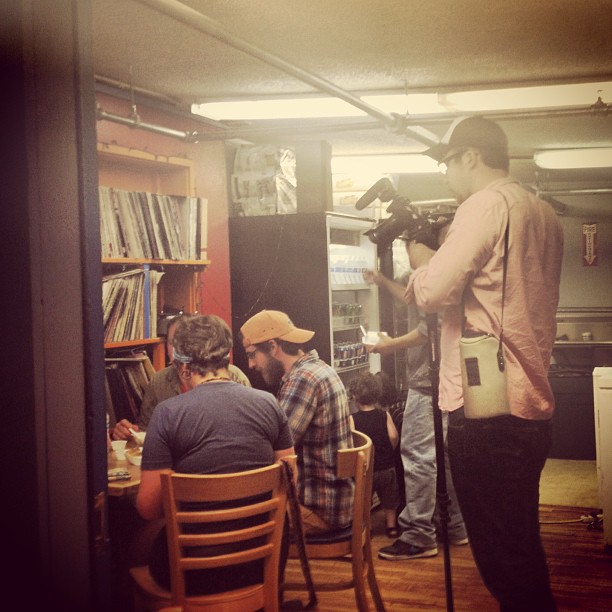 We first went in and talked to several of the employees one evening, and they all said co-worker Nicholas would be the perfect subject of the episode. The next day we met up with him and made the plans. 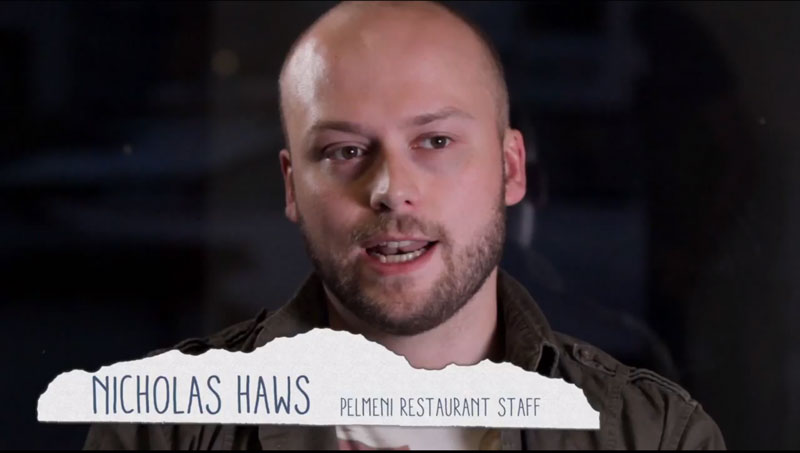 For the interview, we wanted a quiet place that we could shoot at night. We tried setting up lights in our hotel room, but it was reallllyy creeepy lookin. So we found a spot in an empty hallway at a mall across the street from the Pel’meni place.

Overall, the B-roll was the easiest shoot I’ve ever done. That’s because the entire scene is enclosed in a small space, there is lots of action (cooking pelmeni), and all the shots were relevant to the what the interview would eventually cover. I wish all videos could be this concrete going in. 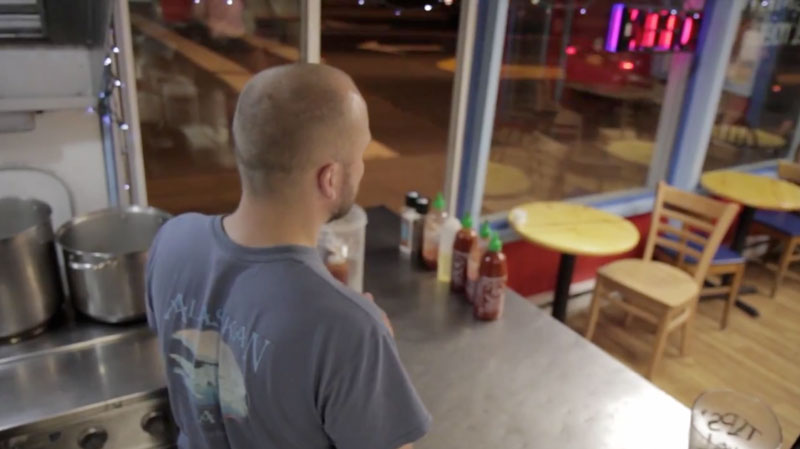 Travis shot on the monopod with a wide angle, and I was on the shoulder rig with my handy 17-55mm. Because I’m not a very tall guy, when I do over-the-shoulder shots I have to reach the camera high above me and subject, and this is where the Canon 60D’s movable LCD screen with Magic Lantern’s focus assist is key.

Travis edited this episode, so maybe it seems like the project was easy because I didn’t have to do the difficult story work. One thing I’ve learned is, the easier/simpler the video looks, the harder the editor worked.

Also, I hae to say, Travis miraculously edited this while on an airplane and in close quarters before/after a wedding out of state. We edit on Macbook Pros all on portable USB3 drives (that don’t require AC adapters), so the whole setup is probably less than 5 pounds and fits on an airplane tray, and can run off the Macbook’s battery for a few hours… I can never get over how crazy that is.

Anyway, the best part about this episode is that it inspired my wife to cook pelmeni for my birthday. We get them frozen at the Russian Deli on Arctic and 36th in Anchorage. Mmmm.